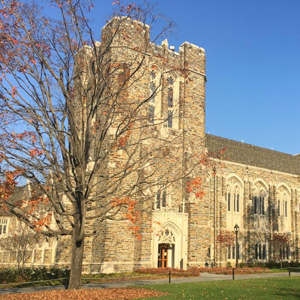 The Sarah Orne Jewett letters consist of two pieces of correspondence written by the author to an editor, Mr. Sawyer, and to Lucy Coffin. Sarah Orne Jewett was a well-known 19th century author whose fiction is set in her native rural Maine. In the first letter, Jewett declines to send Mr. Sawyer anything to print in the first issue of his magazine, as she has been ill and busy, and doesn't want to write something in a hurry, although she wishes him well with his new publication. The second is a condolence letter to Lucy Coffin of Newbury, Massachusetts on the loss of her father. The Coffins were a prominent Massachusetts family.

Collection consists of two autograph manuscript letters written by Sarah Orne Jewett. The first is addressed to a Mr. Sawyer, the editor of a new journal, declining to send him anything to print in his first issue, as she has been ill and doesn't wish to write something in a hurry. She sends him "hearty good wishes for the success of his magazine," asks him to send her a prospectus, and "suppose[s] that, like all editors, you have more verses than you wish to print." The letter is on a single sheet of folded paper with writing on three pages dated 1877 June 15 and written from South Berwick, [Maine]. The second letter is a sympathy note written on mourning stationery and addressed to Miss [Lucy] Coffin dated 26 December, but lacking a year. A Boston address appears at the top. Jewett expresses sympathy for the loss of Miss Coffin's father from both her and her companion Mrs. Field, and reminisces about a day they had spent together in Newburyport. Jewett references John Greenleaf Whittier, who was a student of Lucy's cousin Joseph while at Dartmouth College. The Coffin Family was prominent in New England and lived in Newbury, Massachusetts for many generations.